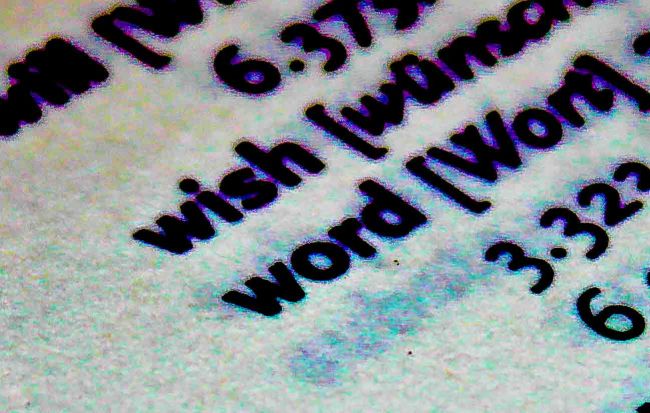 A word can never achieve the superlative state of fuzziness and infinity because it’s very existence is based on ascribing definitions, on demarcating a concept, and yet it is so ambiguous, also within a context. It is in it’s imperfections and failure that a word is beautiful(art and literature) and not in it’s virtue of ascribing stubborn definitions. But it is not in it’s complete failure that I rejoice and not of it’s absolute transcendence that I speak, for what would then a word be save a mere absurdity. If a word transcends reality and shared human opinions it would have no meaning for humanity. It would mean a collapse of the whole system of interaction and communication.

Here I sway from a pole to another without really touching them and leave a mild impression in many degrees of understanding. Here I refrain from having an opinion because a mere opinion is as limited as me. Here I question the possibility of knowing, for I feel that knowledge deceives me still. Here I talk of word not as in our basic interaction of everyday but as an organic entity with many aspects. It has a sound, which is different for each and every one of us to a certain degree and yet we interact. It has a concept behind it which is again different for each one of us to some degree and yet we interact. Would it not mean that even our communication is like art and literature a personalized interpretation and that we are based on the same words which are different for each one of us.

The failure of a language as a tool of interaction is it’s ambiguity. Thus in it’s failure lies it’s success as a tool for art and I can’t help drawing it’s analogy with life.