“…feels like I am frozen”, said an angsty writer to a hypothetical group of people he had been imagining for a good part of the past few minutes “…I’m cold”
“The writer’s clock!”, cried out the elected leader (designed and designated thusly), quite horrified, but pleased with himself for coming up with an answer and for being horrified just about right. I am confused whether to commend his rich imaginablity, or to sit in awe of the angsty writer’s imagination, to’ve exploited the imaginablity of the elected leader so well.
It was indeed the writer’s clock, with strange moving cogs and dials visible under the clear glass surface. The writer’s clock was not about time like the other clocks were about time. It was radically differently about time from any other being-about-time. So much so, that time itself had to exist in a dimension other than the dimension of time.
I wanted to stop struggling. To get (the angsty writer) out of the situation at hand, I decided to exploit the imaginablity of the elected leader a little differently. I let the elected leader get a glimpse of the angsty writer, who had been writing him in full awareness. The writer’s clock struck the passing of another eventful nothingness and the elected leader found himself to have been written down as a selective reader. He is known to have read selectively, and to have anonymously written back to the angsty writer, who had been writing him. The letters were published in the form of a book in the dimension where time isn’t supposed to be “happening right”, according to some of my friends. The book was christened: The Writer’s Clock. It is said, that ever since the angsty writer read those letters, he hasn’t been able to write. However, instead of sparing the selective reader the pain of further existence, as he had expected and hoped, nothing new turns up anymore… unless you read me, thus reading about the angsty writer, thus reading about the selective reader, thus lending him your head as the only possible experience of newness. If you do not read me, the selective reader would never be happy again. I just got a letter. Who would write a letter to me, I wonder…

6 thoughts on “The Writer’s Clock” 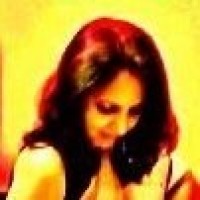 There in the sunset I wanted to live . . #guitar #guitarist #music #classicalguitar #instrumental #fingerstyleguitar #dehradun #dehradunmusic
Fare thee well my lovely bird, this not a song of your beauty be, nor of love that echoes endlessly, in the quietmost chamber of my heart... a poem I wrote earlier this year becoming a song... #music #guitar #guitarist #song #poem #poetry #songwriter #deahradunmusic #love #singersongwriter
a string taut enough to spurt that note which rings in the hollows of our hearts, but only too slack when I find my gaze rest nervously in the tension of your lips apart… I spark the fire of desire, feel the voice take hold of you, when perspiration, inspiration, burn in my heart a hole or two… unfolds a shrewd flower that only birds with needle beaks could drink to their fill… ecosystem, rude destruction, find those lonely blades of grass a rhythm, a place to spin their happy trill… I wonder why the bug was dead… what intent or accident, one could make no droopy head or toe… Inside the simple poetic places, I hear you couldn’t stay alone. Come take my hand, lets weave some music, make a song to keep you warm in moonless nights, after the splash, the cold lash, of a winter shower… #poetry #music #guitar #poet #guitarist #dehradun #dehradunmusic #rnf #rajpurnaturefest #rifflife #songwriter #singersongwriter #nature #bird #songster
a tired mind and solace . . . . . #guitar #guitarist #fingerstyle #instrumental #dehradunmusic #classicalguitar #plucking #music
a stormy night in this scorching summer. I feel alive. It's so quiet here. I have been here before. . . . . . #music #song #night #calm #guitar #quiet #silence #dehradun
Sometimes I do wonder... and I sing and play to the night. There is something about solitude that is so close to longing...it makes me happy, this bittersweet flavor of always being towards something that will perhaps never be . . . . . #thought #wonder #guitar #music #rhythm #guitarist #solitude # writer #writing